The McCaffery Mission is to: 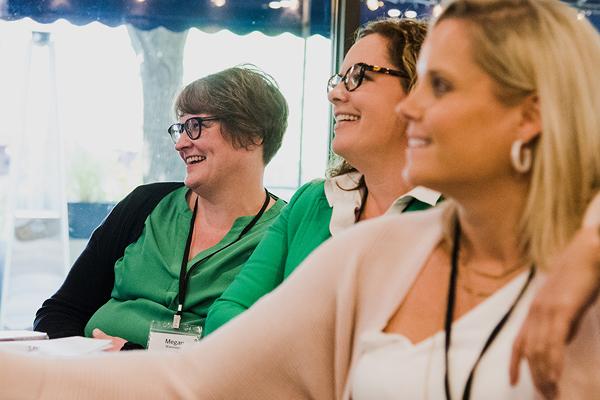 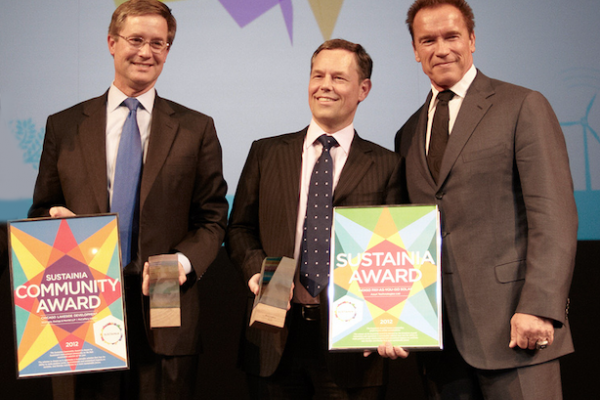 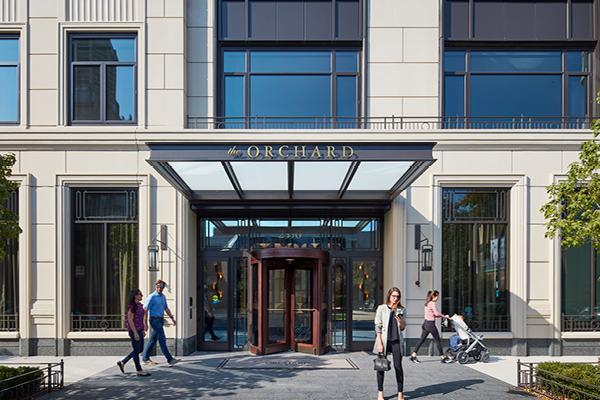 Bank of America (abbreviated as BofA) is an American multinational banking and financial services corporation headquartered in Charlotte, North Carolina. It is the second largest bank holding company in the United States by assets. As of 2013, Bank of America is the twenty-first largest company in the United States by total revenue. This segment provides its products and services through operating 5,100 banking centers, 16,300 ATMs, call centers, and online and mobile banking platforms. Its Consumer Real Estate Services segment offers consumer real estate products comprising fixed and adjustable-rate first-lien mortgage loans for home purchase and refinancing needs, home equity lines of credit, and home equity loans. 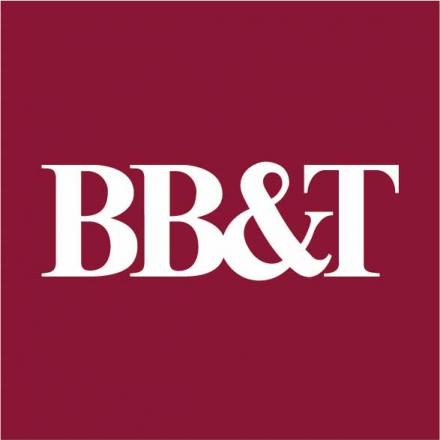 The BB&T Corporation (Branch Banking & Trust) is one of the largest financial services holding companies in the U.S. with $184.7 billion in assets and market capitalization of $28.9 billion, as of March 31, 2014. Based in Winston-Salem, N.C., the company operates 1,824 financial centers in 12 states and offers a full range of consumer and commercial banking, securities brokerage, asset management, mortgage, and insurance products and services. A Fortune 500 company, BB&T is consistently recognized for outstanding client satisfaction by J.D. Power and Associates, the U.S. Small Business Administration, Greenwich Associates and others. 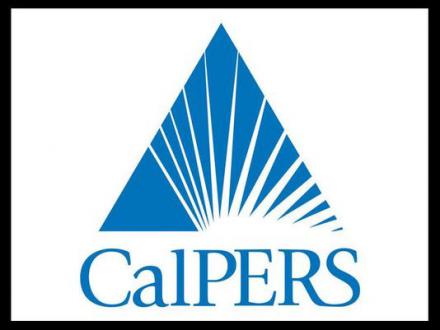 The California Public Employees' Retirement System (CalPERS) is an agency in the California executive branch that "manages pension and health benefits for more than 1.6 million California public employees, retirees, and their families". As of June 30, 2014, CalPERS managed the largest public pension fund in the United States, with $300.3 billion in assets. CalPERS is known for its shareholder activism; stocks placed on its "Focus List" may perform better than other stocks, which has given rise to the term "CalPERS effect". Outside the U.S., CalPERS has been called "a recognized global leader in the investment industry", and "one of America's most powerful shareholder bodies".

A series of joint ventures between Canyon Capital Realty Advisors and Earvin "Magic" Johnson, the Canyon-Johnson Urban Funds ("CJUF") were formed to identify, enhance and capture value through the development and redevelopment of real estate in densely populated, ethnically-diverse urban communities. These investments have encompassed a diverse mix of property types including retail, office, residential, mixed-use, hospitality, commercial and industrial in a wide array of urban markets.

Chevron is one of the world's leading integrated energy companies. We are involved in virtually every facet of the energy industry. We explore for, produce and transport crude oil and natural gas; refine, market and distribute transportation fuels and lubricants; manufacture and sell petrochemical products; generate power and produce geothermal energy; invest in profitable renewable energy and energy efficiency solutions; and develop the energy resources of the future, including researching advanced biofuels.

Colorado Public Employees' Retirement Association (PERA) provides retirement and other benefits to the employees of more than 500 government agencies and public entities in the state of Colorado. Established by state law in 1931, PERA operates by authority of the Colorado General Assembly and is administered under Title 24, Article 51 of the Colorado Revised Statutes. In accordance with its duty to administer PERA, the Board of Trustees has the authority to adopt and revise Rules in accordance with state statutes.

Douglas Development Corporation is one of the most dominant and successful real estate developers in the Washington area controlling nearly 9 million square feet. The Company and its principals have earned a national reputation as a leader in redevelopment of historical properties.  For more information, visit http://www.douglasdevelopment.com.

The Employee Real Estate Construction Trust Funds (“The ERECT Funds”) are commingled real estate investments that provide qualified retirement plans the opportunity to diversify their existing stock and bond portfolios with a range of solid commercial and industrial real estate. For over a decade, The ERECT Funds have provided secure investments with competitive rates of return in real estate projects.

In view of the ongoing financial and sovereign debt crisis and the increasing regulatory burden, the Commerzbank Group is subjecting all business areas to a thorough review as part of its strategic planning process. The strategic goal is to achieve a consistent focus within the Group on customer-driven core business that is sustainable over the longer term, and to further reduce risks and capital requirements.

Grosvenor is a privately owned property group, active in some of the world’s most dynamic cities. Their future success is tied to the sustainable growth of the cities in which they have a presence. Grosvenor has a vested interest in the future shape of the urban landscape and aims to help create and manage attractive and vibrant cities in which people choose to live and work.

Today Grosvenor has 17 offices in 11 countries and assets in 16 countries. They have regional investment and development businesses in Britain and Ireland, the Americas and Asia Pacific. Grosvenor’s international fund management business operates across all these markets and Continental Europe. They also have indirect investments, managed centrally. As at 31 December 2013, the Group had total assets under management of $12.6B USD.

Hines is a privately owned real estate firm involved in real estate investment, development and property management worldwide. Hines has been active in Chicago since 1980 and has developed six highrise office towers in Chicago, including the 1.1 million square foot, 52-story River Point at Lake & Canal street which is under construction for a 2016 delivery.  Hines is also co-developing Wolf Point West, a 45-story, 509 unit apartment tower scheduled to open in December 2015.  With offices in 121 cities in 19 countries, and controlled assets valued at approximately $30.7 billion, Hines is one of the largest real estate organizations in the world. Hines is also a world leader in sustainable real estate strategies, with extensive experience in LEED, ENERGY STAR® and DGNB green building rating systems. Visit www.hines.com for more information.

Vertically integrated in Canada, Ivanhoé Cambridge invests internationally alongside strategic partners and major real estate funds that are leaders in their markets. Through subsidiaries and partnerships, the Company holds interests in more than 1,000 buildings, primarily in the industrial and logistics, office, residential and retail sectors. Ivanhoé Cambridge held close to C$65 billion in real estate assets as at December 31, 2018 and is a real estate subsidiary of the Caisse de dépôt et placement du Québec (cdpq.com), one of Canada's leading institutional fund managers.

Founded in 1966, LINK Unlimited Scholars is Chicago’s highest performing and most experienced high school mentoring and scholarship program. LINK has successfully transitioned more than 2,000 economically disadvantaged African American youth to college by providing academic support, scholarship and one-on-one mentoring through the high school years and beyond. LINK scholars have attended many selective colleges and universities, and have moved on to become successful in their own right, as business professionals, educators, engineers, architects, attorneys, doctors and more. Many LINK alumni are now mentors and benefactors of current LINK scholars. 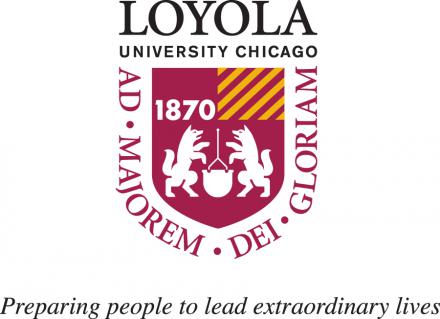 Loyola University Chicago (Loyola, LUC) is a private Jesuit university located in Chicago, Illinois. It was founded by the Roman Catholic Society of Jesus in 1870 under the name of "St. Ignatius College" and has grown to be one of the largest Jesuit universities in the United States with a total enrollment of 15,068 (as of 2013) and over 150,000 alumni.

With nearly $15 billion in assets, MB Financial, Inc. (NASDAQ: MBFI) is the Chicago-based holding company for MB Financial Bank, N.A. headquartered in Chicago. For over 100 years, MB has been supporting and building deep and lasting relationships with middle-market companies and individuals. MB offers a full range of powerful financial solutions and the expertise and experience of bankers who are focused on their clients' success. 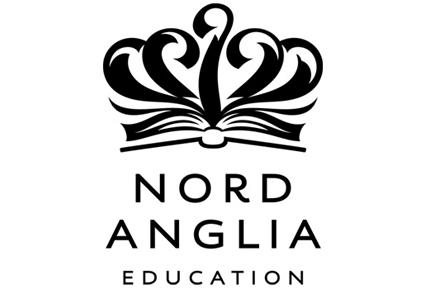 Nord Anglia Education is the world’s leading premium schools organization. They are a global family of 35 international schools, providing outstanding education to over 23,700 students from preschool through to the end of secondary education.

"This is a wonderful outcome for our school and for education in the City of Chicago for generations to come. Having such a superb facility to teach children and young people in is something that will endure for many years and I am sure you take great pride in its creation."

PNC offers a wide range of services for all our customers, from individuals and small businesses, to corporations and government entities. No matter how simple or complicated your needs, we're sure to have the products, knowledge and resources necessary for financial success.

Stockbridge is a fully independent real estate investment management firm headquartered in San Francisco, California with offices in New York, Chicago and Atlanta. The firm's portfolio is comprised of assets across the risk spectrum, spanning all major property types throughout the United States. As of March 31, 2016, the firm's total Assets Under Management was $10 billion. stockbridge.com

SWIB (State of Wisconsin Investment Board)

The Commonwealth of Pennsylvania

Labor leaders founded our company to provide financial security to the movement’s members and their families. Since 1927 we have offered specialty insurance and investment products to Labor organizations, union employers, institutional investors and union working men and women. With our insights into the Labor market and our in-depth product knowledge, no other company comes close to serving the union workplace like Ullico